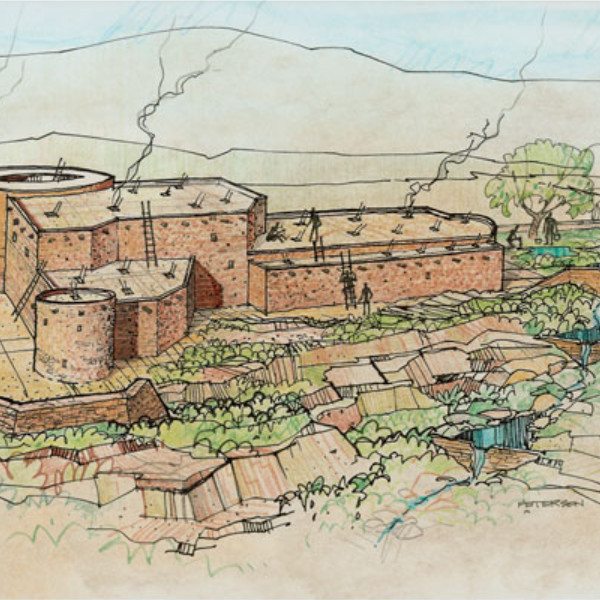 Crow Canyon’s research at Yellow Jacket Pueblo (Site 5MT5) was conducted as part of the Village Testing Project to better understand the aggregation that occurred during the late Pueblo II and Pueblo III periods (A.D. 1050–1300) and the depopulation of the region in the late A.D. 1200s. Yellow Jacket Pueblo is the largest known site in the Mesa Verde region. It appeared to have been occupied during the late Pueblo II and the Pueblo III periods, and very little was known about it. The specific goals of our research were (1) to create a complete, detailed, and accurate map of the site using a total station surveying instrument; (2) to document the types and extent of historic damage to the site; and (3) to refine the site chronology through limited test excavations.