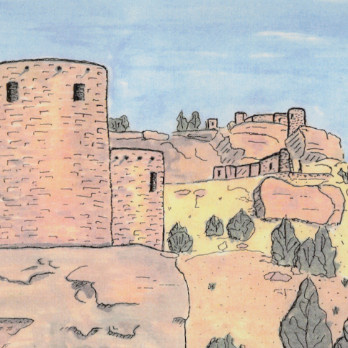 From 1994 through 1996, the Crow Canyon Archaeological Center conducted test excavations at Woods Canyon Pueblo (Site 5MT11842), a Pueblo III village located in the central Mesa Verde region, in southwestern Colorado. The excavations were undertaken as part of the Center’s Village Testing Project, which was designed to further our understanding of community development during the Pueblo II and III periods. The departure of the inhabitants from Woods Canyon Pueblo toward the end of the thirteenth century coincided with the general depopulation of the Mesa Verde region as a whole.

The Duckfoot Site
Synthesizing Knowledge of Past Environments