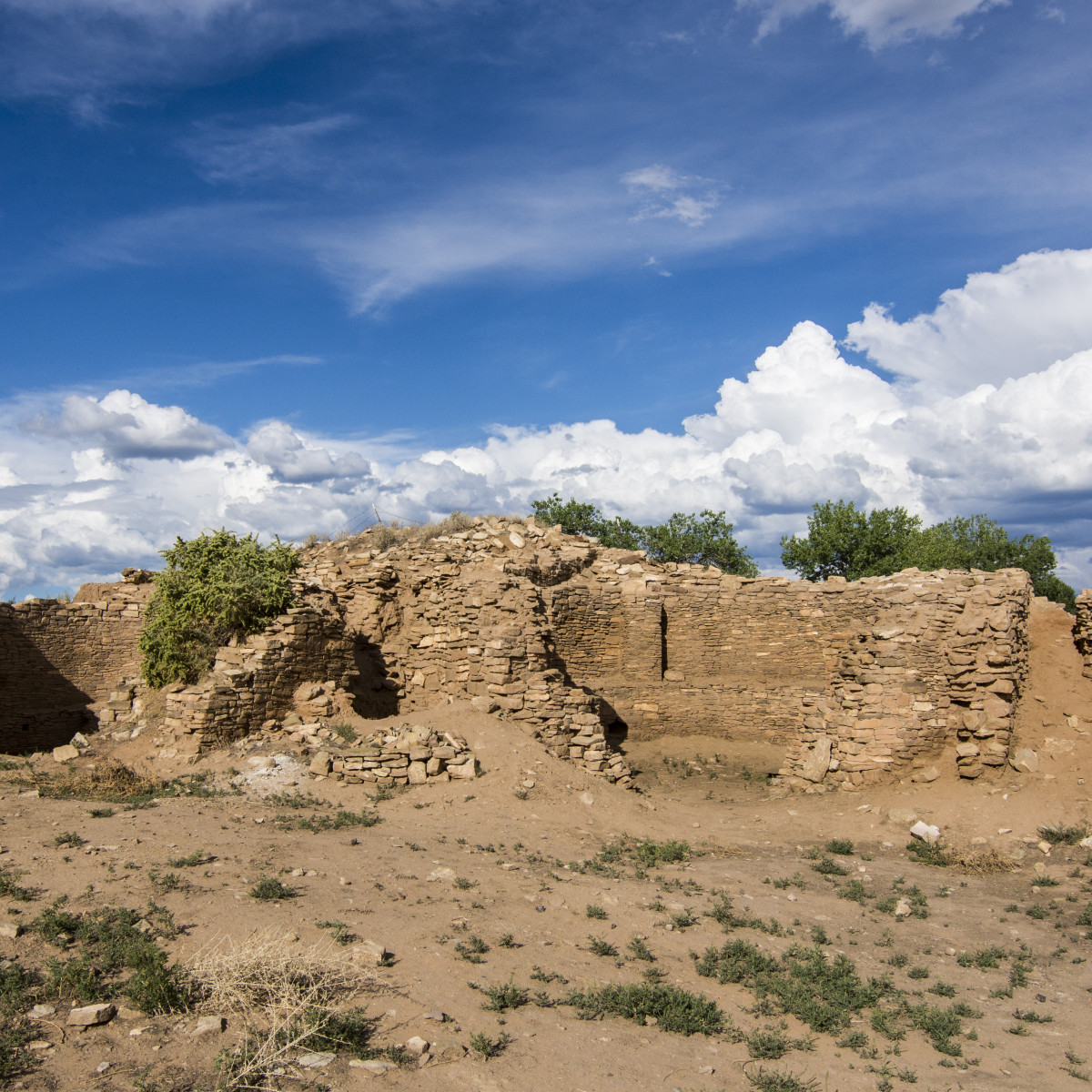 Photo Of The Haynie Site

The Northern Chaco Outliers Project focuses on the Haynie site, a multi-component Ancestral Pueblo village with two Pueblo II period (A.D. 950–1150) great houses located northeast of Cortez, Colorado. The great and small houses at the Haynie site were part of the larger Lakeview community, a 1 km² area comprised of the densest concentration of great houses found north of the San Juan River.

Previous research in the Lakeview group and an initial assessment of the Haynie site during the 2016 field season suggests that the great houses were constructed above earlier architecture dating to the Basketmaker III and Pueblo I periods (A.D. 500–950). Excavation at the Haynie site will seek to determine precisely when the site was initially occupied, when it was subsequently depopulated, and how this related to other great houses located in the Lakeview community and the larger region. Data collected during the Northern Chaco Outliers Project will also allow contribute to a greater understanding of resource sustainability, the natural and cultural impacts of environmental downturns, ancient communities and regional systems, migration, and human/environment relationships.

“There are few communities in the Mesa Verde area that have a tight clustering of public and residential architecture,” said Susan Ryan, Ph.D., director of archaeology at Crow Canyon. “We don’t see many examples of this dense concentration of great houses in the Mesa Verde region.” Others include Lowry Pueblo, 27-miles northwest of Cortez, the Far View community at Mesa Verde National Park, and the community at Mitchell Springs, just south of Cortez.

Unlike the individual small houses in which most Ancestral Pueblo families of this era lived, multistory great houses were built to accommodate many households in one large structure. Great houses first developed in Chaco Canyon, in present-day northwestern New Mexico, beginning in approximately A.D. 800. Around A.D. 1080, the Chaco regional system expanded to the area north of the San Juan River—including the Aztec and Salmon Pueblos, the largest great houses outside of Chaco Canyon. Many archaeologists believe the great houses at Aztec Ruins became a center of power equal to Chaco Canyon and probably succeeded Chaco as the primary center during the mid–A.D. 1100s.

“Because we believe the Haynie site was occupied from the Basketmaker III period into the thirteenth century, this is a chance to collect data from the initial occupation of the site to the time when depopulation took place throughout the region. The A.D. 1130–1180 drought is particularly important, because those five decades of extreme moisture deficiency on the Colorado Plateau caused some communities to depopulate, while others held their population, and a few even grew.”—Dr. Susan Ryan, Chief Mission Officer

The Northern Chaco Outliers Project is designed to generate data necessary to address questions that are fundamental to understanding a series of broader anthropological research domains. Materials collected from the Haynie site will provide insights into changing human-environment relationships though time, social stratification and equality/inequality, the roles of public architecture and community centers, and identity formation. Engaging in research focused on these domains will enable Crow Canyon to fulfill its mission by advancing and sharing knowledge of the human past and contributing to cross-cultural discussions of human behavior around the world in the past, present, and future.

In 2016, a History Colorado State Historical Fund grant supported the initial site assessment, remote sensing survey, drone mapping, and planning of research at the Haynie site. A second State Historical Fund grant supported ongoing field and laboratory work during the 2017 and 2018 seasons. Crow Canyon’s Pueblo Advisory Group has visited the site multiple times and participated in a collaborative research design process with Crow Canyon staff. In 2018, architectural stabilization was conducted on the standing portions of the east great house to ensure the preservation of this building which also made the location safe for excavation during future field seasons.

Although the Haynie site contains some of the most important archaeological information in the Mesa Verde region, we are still learning about its occupation and how it functioned within the larger community and Chaco regional system. The data we are in the process of gathering with volunteers and participants will dramatically increase our understanding of Chaco influence in the Mesa Verde region, changing human/environment relationships during the A.D. 1130–1180 drought, and the emergence and functioning of community centers through time. The research at the Haynie site will, in turn, tie into data Crow Canyon has collected since its establishment.

The public may only visit the site through Crow Canyon programs.

The Northern Chaco Outliers Project is funded in part by the State Historical Fund (a program of History Colorado, the Colorado Historical Society).

Webinars
The Political Power of Landscape Change in the Chacoan World