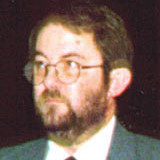 Ronald H. Towner received the second Lister Fellowship in 1995. Ron completed his dissertation and was awarded a Ph.D. at the University of Arizona. Ron conducted an innovative study of early historic period Navajo sites in the “Dinetah” homeland in northwestern New Mexico. Among its significant contributions, his dissertation overturns existing interpretations of Navajo “pueblitos.” He shows that these masonry structures are not the result of mixing of Navajo groups and Pueblo groups after the Pueblo Revolt of 1680, as had long been thought. Instead, he interprets the pueblitos as defensive architecture, possibly a response to Ute raiding. Ron has edited a book on Navajo archaeology entitled The Archaeology of Navajo Origins, published by the University of Utah Press.

Pueblito sites include masonry structures and forked-stick hogans in defensible positions in the traditional Navajo homeland of Dinetah. Pueblitos have been a key piece of evidence used to infer a massive immigration of Puebloans into the Navajo country following the Spanish Reconquest of New Mexico. Archaeological and tree-ring evidence places the sites in their proper temporal and geographic perspectives and suggests that immigration has been overstated as a factor in models of Navajo cultural development. An expanded pueblito site tree-ring database illuminates early Navajo wood-use behavior, the temporal and spatial patterning of pueblito site occupations, and relationships between climate and the Navajo occupation and abandonment of Dinetah.

Wood-use behaviors identified at the pueblito sites include construction with freshly cut and stockpiled timbers, beam reuse, repair and remodeling of structures, and dead-wood use. Different selection criteria by the builders, combined with differential preservation, have resulted in different qualitative and quantitative data for pueblitos and forked-stick hogans. The wood-use model developed has serious implications for dating early Navajo structures.

The tree-ring and archaeological data indicate that most pueblitos are neither temporally nor spatially related to Puebloan immigration or the Spanish Reconquest. Masonry structures and hogans at the sites are contemporaneous and were constructed by Navajos for protection against Ute raiders. Furthermore, most pueblitos were occupied for relatively short periods of time, and the regional population density was much lower than has been previously assumed.

A dendroclimatic reconstruction indicates that the A.D. 1300s and late 1400s were both periods of relatively stable and favorable conditions that may have facilitated Navajo entry into the Dinetah. The drought of 1748, often cited as a cause of the abandonment of the Dinetah, was a single-year event and probably not a “push” in the abandonment.

The wide geographic distribution of early Navajo settlement has been ignored because of the spectacular nature of and good preservation in pueblitos. A new model of Navajo ethnogenesis is based on a different early Navajo population distribution and a variety of other means of incorporating non-Athapaskan elements into Navajo culture.