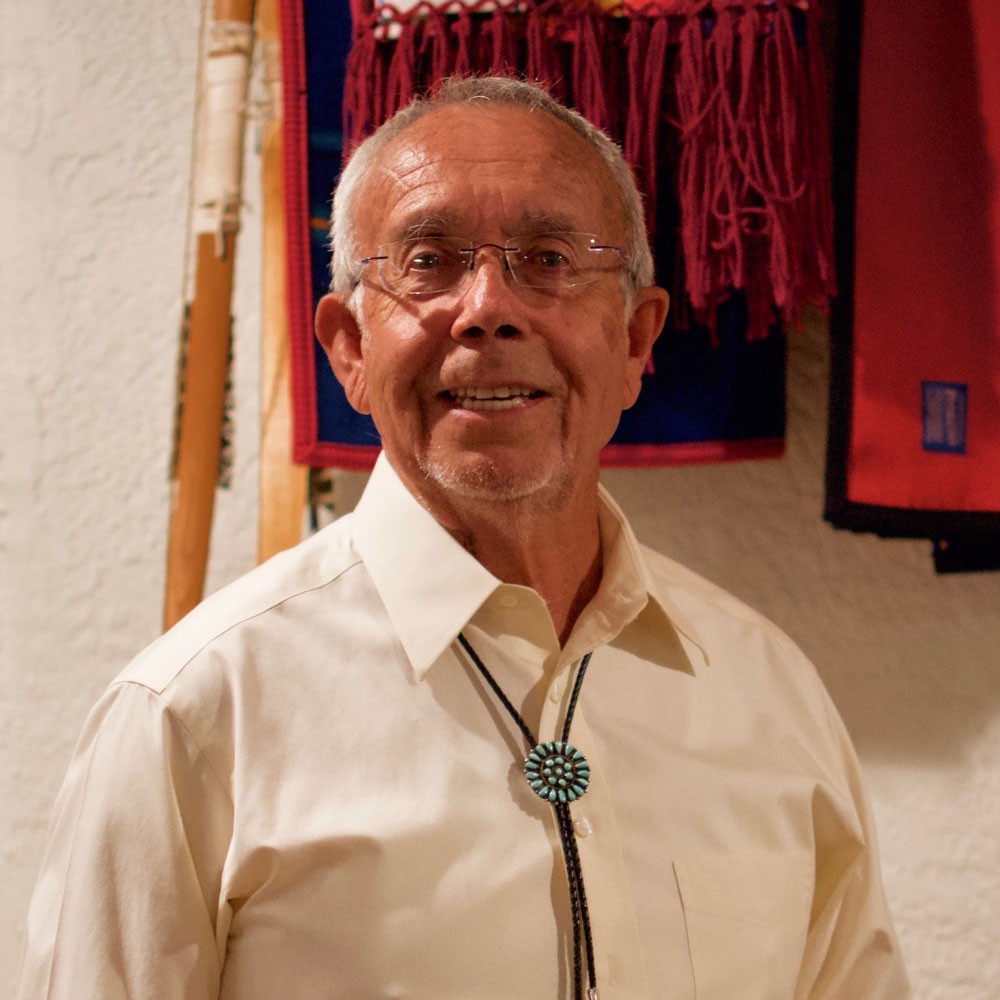 Joseph Suina is Professor Emeritus at the University of New Mexico’s College of Education, former Governor of Cochiti Pueblo, and former Director of the Institute for American Indian Education. Joseph has devoted much of his career to assessing student learning and developing training programs for educators who teach American Indian students. Currently a member of the Cochiti Pueblo tribal council, Joseph is also President and Chief Executive Officer of the Cochiti Community Development Corporation and Chair of the Cochiti Language Revival Committee. Joseph joined Crow Canyon’s Native American Advisory Group in 2008 and has served on the Board of Trustees since 2009.