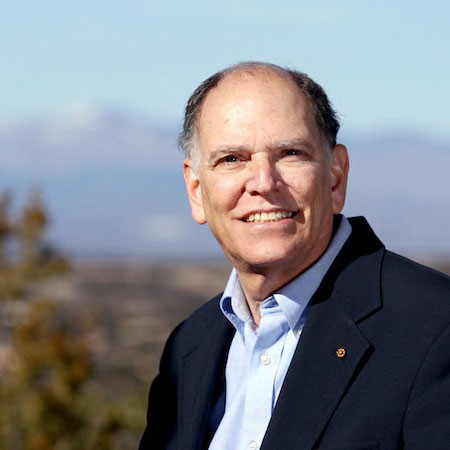 Jerry Sabloff (Ph.D. Harvard University, 1969) is an External Professor and Past President of the Santa Fe Institute and Christopher H. Browne Distinguished Professor of Anthropology Emeritus at the University of Pennsylvania. Jerry taught at Harvard University, the University of Utah, the University of New Mexico (Chair), the University of Pittsburgh (Chair), and the University of Pennsylvania (where he was the Williams Director of the University of Pennsylvania Museum from 1994–2004). He also was an Overseas Visiting Fellow at St. John’s College, Cambridge, England. He is a past President of the Society for American Archaeology, a past Chair of Anthropology of the American Association for the Advancement of Science, and past Editor of American Antiquity. He served as Chair of the Smithsonian Science Commission and currently is a member of the National Advisory Board of the National Museum of Natural History, the Board of the Friends of Archaeology, Office of Archaeological Studies (New Mexico), and the Council of the American Philosophical Society, as well as a Senior Fellow Emeritus of the Kolb Foundation. He is a member of the National Academy of Sciences and the American Philosophical Society, and a fellow of the American Academy of Arts and Sciences and the Society of Antiquaries, London. He is the author of Excavations at Seibal; Ceramics (1975), The Cities of Ancient Mexico (1989; 2nd ed., 1997), The New Archaeology and the Ancient Maya (1990), and Archaeology Matters (2008) and well as many other books and articles. His principal scholarly interests include: ancient Maya civilization, pre-industrial urbanism, settlement pattern studies, archaeological theory and method, the history of archaeology, and the relevance of archaeology in the modern world. Over the past forty years, he has undertaken archaeological field research in both Mexico and Guatemala.