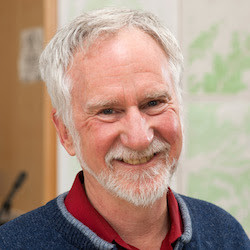 Timothy (Tim) A. Kohler (Ph.D. University of Florida, 1978) is currently a Regents Professor of Archaeology and Evolutionary Anthropology at Washington State University. In the late 1970s through the mid-1980s, Professor Kohler collaborated with Crow Canyon Board Member William D. Lipe on the Dolores Archaeological Program in southwestern Colorado. Since then, he has directed excavations in Bandelier National Monument in New Mexico, and collaborated with Crow Canyon on the Village Ecodynamics Project (VEP) to better understand the causes for changes in settlement systems in the eastern Southwest between A.D. 600 and 1760. In 2014, the VEP was selected by the Shanghai Archaeology Forum (SAF) as one of 10 top projects in the world for its “major archaeological research findings.” Professor Kohler traveled to China to receive the award. In 2022, Tim Kohler was elected to the National Academy of Sciences in recognition of his achievements in original research.

Professor Kohler is also a principal investigator on the Crow Canyon SKOPE project to make interpreted paleoenvironmental data widely accessible, and continues to work with Crow Canyon on data compiled by this project for a number of publications and ongoing research.

Tim has served on Crow Canyon’s Board of Trustees since 2019.