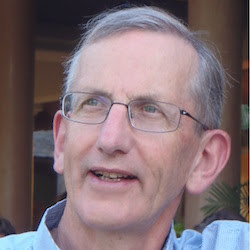 Jonathan C. Driver (Ph.D. University of Calgary, 1978) is currently a Vice President and Provost at Simon Fraser University. Jon is a former faunal analyst for Crow Canyon. He continues to work with Crow Canyon on a number of publications that use these data.

Jon’s career in archaeology has included direction of excavations at Medieval sites in England and Paleoindian sites in western Canada. However, most of his research has been in the lab, studying ancient animal bones, with a focus on the American Southwest. He has taught archaeology at Simon Fraser University (Canada) for more than 30 years, where he has served as department chair, dean of graduate studies, and provost and vice-president, academic (to 2016). He has also been active in the Society for American Archaeology as a director and member of various committees. He currently serves as president of the Western Canadian Universities Marine Sciences Society that operates the Bamfield Marine Sciences Centre on the west coast of Vancouver Island. In addition to his work with CCAC, his most recent research concerns bison hunting on the Plains and the analysis of faunal remains from Pueblo Bonito (New Mexico). He is also working with the Treaty 8 Tribal Association in northeast British Columbia to create multiple ways to access information about Tse’K’wa (Charlie Lake Cave)—a site that documents First Nations land use of the Peace River region since the end of the last ice age. Learn more about that project here.