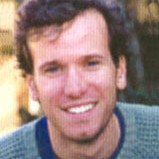 Wesley (Wes) Bernardini (Ph.D. Arizona State University, 2002) has conducted fieldwork in many parts of the southwestern United States, with his most recent work focused on north-central Arizona. Much of his research has focused on how inferences of human behavior are based on estimates of the scale of that behavior, including specifying the number of people and the amount of labor involved in particular activities. In a number of studies, he has demonstrated that addressing the issue of scale is a necessary prerequisite to formulating more specific hypotheses about the purpose or organization of a particular human behavior. Wes has published widely on this research, including the following journal articles and book chapters: “Transitions in Social Organization: A Predictive Model from Southwestern Archaeology” in Journal of Anthropological Archaeology; “Conflict, Migration, and the Social Environment: Interpreting Architectural Change in Early and Late Pueblo IV Aggregations” in Migration and Reorganization: The Pueblo IV Period in the American Southwest; “Cannonical and Indexical Messages and the Generation of Social Prestige” in Hopewell Society, Ritual, and Religion; and “Kiln Firing Groups: Inter-Household Economic Collaboration and Social Organization in the Northern American Southwest” in American Antiquity. Wes received the 2003 Society for American Archaeology Dissertation Prize for the best dissertation in archaeology.

This research investigates the process of migration into the Hopi area, ca. A.D. 1275–1400, with the goal of understanding how the formation of the 14th-century settlement clusters affected their subsequent internal and external interactions. This period was characterized by a remarkable amount of population movement as Puebloan settlement in Arizona contracted to only two major population centers at Hopi and Zuni. Because these population centers remain occupied today, an understanding of how these clusters formed—especially the sources of their immigrants and the diversity of these immigrants’ backgrounds—will shed light not only on 14th-century social organization but on modern Native American contexts as well. This study provides an alternative to traditional archaeological perspectives on migration that begin research by grouping sites into settlement clusters and regions. Informed by Native American migration traditions, the perspective advocated here focuses instead on migrating groups, hypothesizing that migration involved unsynchronized, short-distance moves by many socially distinct, independent groups. Two lines of evidence—Instrumental Neutron Activation Analysis and a comparative analysis of petroglyph icons—will be used to evaluate this hypothesis, focusing on sites that are traditionally grouped into the Anderson Mesa and Homol’ovi settlement clusters of north-central Arizona.