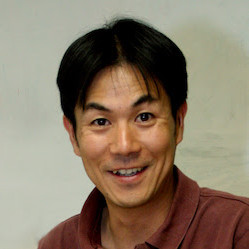 Fumiyasu Arakawa (Ph.D. Washington State University, 2006) is a Museum Director and Assistant Professor of Anthropology at New Mexico State University. Fumi worked at Crow Canyon in a variety of positions, including as the chief laboratory analyst and as a member of the Village Ecodynamics Project (VEP). He incorporates Crow Canyon and VEP data into his ongoing research into settlement patterns in southeastern Utah.

Fumi’s background is primarily in geology and lithic analyses, with further expertise in Geographic Information System (GIS) technologies, pottery temper analysis, and archaeological methods and theories. His published research addresses topics including cultural trajectory, gender division of labor, migration, and exchange systems in ancient societies. His research interests include the prehistoric American Southwest, lithic technological organization, pottery in the Mesa Verde region, and sociopolitical organization in tribal-level societies. He is also interested in the philosophy and anthropology of Japanese and East Asian cultures. He has been conducting field projects in the southeastern Utah region and the Gila Forks near the Mimbres Valley area in southern New Mexico.