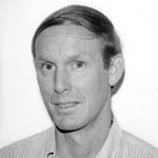 David R. Abbott received the first Lister Fellowship in 1993. The award helped him complete his Ph.D. at Arizona State University. His dissertation, a pathbreaking study of Hohokam social organization based on patterns of ceramics exchange, was nationally recognized by the Society for American Archaeology as the Outstanding Dissertation in Archaeology for 1995. Dave continued his research at the Arizona State Museum with National Science Foundation Support, and he currently heads his own consulting firm. A revised version of his dissertation, entitled Ceramics and Community Organization among the Hohokam, was published in 2000 by the University of Arizona Press.

The prehistoric Hohokam people of south-central Arizona are best known for their large and extensive irrigation works. However, just how the administration of the canal systems articulated with the organization of Hohokam society is an interesting and unresolved issue. In this study, substantial gains are made for reconstructing Hohokam social structure, the degree to which it was shaped by their irrigation economy, and the evolving interplay between hydraulic management and the pattern of Hohokam social relationships over time. A methodology is developed, based on the exchange of utilitarian ceramics over short distances (as little as 5 km), in order to trace social interaction between Hohokam populations who lived in the central Phoenix Basin between A.D. 1100 and 1400. Applications of the methodology show that hydraulic management had a pervasive influence on the organization of Hohokam social networks. In addition, there is new evidence to suggest an increase in Hohokam social complexity around A.D. 1275 that may have been directly linked to the inherent asymmetrical control of water in large irrigation economies. The ceramic methodology consists of two parts. First, it is demonstrated with geologic mapping, petrographic analyses, and electron microprobe assays, that the production sources of Hohokam utilitarian wares are closely associated with the pottery’s temper, thereby enabling the participants in the exchange transaction to be identified. Second, the social relationship between the interacting parties can be inferred on the basis of the pottery’s exchange value, which, in turn, is determined by an analysis of ceramic production and use. This ability to assess who among the Hohokam interacted with whom and the nature of their social ties provides a novel and powerful approach to study Hohokam social structure, which complements other approaches currently used by archaeologists.